At the twenty-eighth session of the Conference of Heads of State and Government, leaders of the Economic Community of West African States adopted Decision A / DEC.11 / 01/05 on ECOWAS Agricultural Policy in January 2005.

West African agriculture is an essential component of the regional economy, through its contribution to wealth creation, export earnings, employment and satisfaction of people's food needs. As a result, it is the subject of many solicitations, resulting in the development of numerous strategies both at national and regional levels. The most visible strategies have been observed at the level of intergovernmental organizations such as CILSS1 or of institutions in charge of regional cooperation and integration (UEMOA2, ECOWAS3). But it was not until the 2000s that a stronger coordination of agricultural development policies and strategies began, in line with the emergence of the agricultural component of NEPAD and ECOWAP.

Objectives, vision and areas of intervention of ECOWAP

The agricultural policy of the Economic Community of West African States (ECOWAP) adopted in January 2005 in Accra, Ghana, after a long participatory process that involved all the actors in the region, the central objective of "contributing in a sustainable manner to meeting food needs of the population, economic and social development and poverty reduction in the Member States" is assigned as a target.

Taking into account the structure of the sector (diversity of production systems and strong atomicity of small farms), "agricultural policy is part of the perspective of modern and sustainable agriculture, based on effectiveness and efficiency of family farming and promotion of agricultural enterprises through the involvement of the private sector. Productive and competitive in the intra-community and international markets, it must ensure food security and provide decent income for its assets ". Three main areas of intervention have been assigned to it:

1. increasing the productivity and competitiveness of agriculture;

2. implementing an intra-Community trade regime; and

END_OF_DOCUMENT_TOKEN_TO_BE_REPLACED 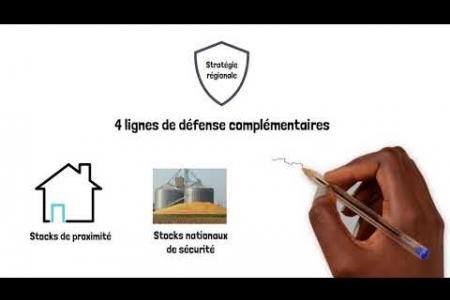